The first organ was by an unknown builder but thought to be the W.G. Rendell organ bought from Pitt St Congregational Church (sold after the church replaced it with the Hill & Son organ in 1910). It was installed by Charles Richardson and later enlarged by S.T. Noad in 1930. With tubular-pneumatic action, it had two manuals, 18 speaking stops and 6 couplers. It was removed in 1979 when the George Fincham & Sons organ was installed. This organ was one of the first to be built by Knud Smenge who first worked for George Fincham when he came to Australia before setting up his own company. It is very much in the neo-classical style but speaks into a very generous acoustic. 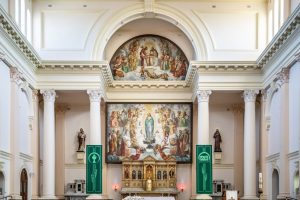 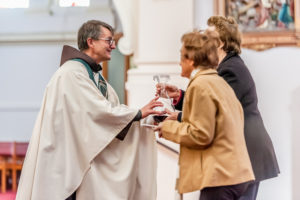 Catholics pray for Tonga after tsunami devastation
Life coach brings a whole new dimension to those lives on the margins
Priest steps up to the crease
Honouring Sydney’s Saint in waiting
Read more...

Mass is back on!